FACT 2: Out of all the alcohol drinks, beer contains the smallest percentage of alcohol and when consumed in logical portions, can increase the levels of good cholesterol (HDL) in the blood. For over thirty-five years, scientists have researched the effects associated with balanced beer consumption for the human cardiovascular system. The research outcomes have shown one bottle of beer during a meal can obstruct the development of plaque inside the human arteries. 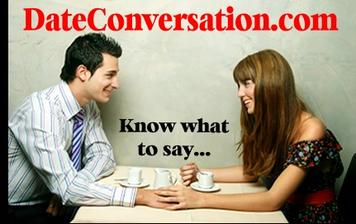 When one thinks of the beverages served in many restaurants, wine comes to mind most frequently.  Many traditionalists would be surprised to learn that beer is now on the fine dining menu. Despite its sporty, pub-crawl, keg party reputation, beer has been transformed into a chilled, foamy beverage served among the elite and the everyday Joe equally. It is becoming more common to see restaurants people peruse a list of beers, not wine. With the advent of micro brews more and more restaurants are offering a wider selection of beers and paring with foods gives diners a new opportunity to try different types with their meals. It is also becoming commonplace for hosts and hostesses to wonder what beer to serve with the meal they will serve their guests during dinner parties.

What type of beer goes with the dishes served at meals and in restaurants? There are many different types of beer: lager, ale, pilsner, brown, bock, porter and stout. How do these beers pair up with food? There are so many types of food to choose from: Mexican, Chinese, Thai, Japanese, British, and German etc. The easy answer is to choose what you, the diner, believe to be a great taste match. Everyone’s tastes differ and there are enough choices to go around. For those of you who are stuck and don’t know where to begin, the following is a good place to start.

Chicken and fowl dishes are perfect for almost any beer– a sentiment shared by passionate beer drinkers. Chicken tastes good with almost anything and the choice of beer depends on individual tastes. Dramatic-tasting chicken dishes, such as curried or Thai heavily spiced chicken can be paired with stronger beers like malty amber or a dry porter. A roasted chicken really goes well with a light lager or pilsner.

One possibility is to choose a beer that matches the country of origin of the food being served. If going out for sushi, try to have a Japanese beer with your tempura and maki.  Kirin beer, which was a light, delicate beer ideally suited to the delicate tastes of sushi. The Kirin people claim their beer has complimented sushi for almost a century. A German dinner with bratwurst & sauerkraut or sauerbraten goes well with the traditional German beers made of only malt, yeast and water.

Mexican beer is a perfect match for those south of the border meals-with or without the lime. In Mexico and southwestern United States, some people like to drink chili beer – a lager style beer that is rich, malty and roasted. This rather hot beer is the perfect match for spicy Mexican offerings such as burritos.

British beef and Italian pastas go best with a stout beer like Guinness,a Porter or brown style. A hearty meal tastes better with a hearty beer. A stout beer can also be paired with other heavier meals such as lasagna,pizza and game dishes.

To end a dinner, diners may want to try dark ale, cream stout, Oatmeal Stout, Double Bock or Scotch Ale. All of these beers are heavy and sweet and would taste great with cheesecake or tortes. Imperial Stout needs a dessert made with chocolate, as it is quite bitter and heavy. If the dessert is light and fruity, perhaps a fruit-essenced craft beer would go well. It is common sense that a fruity beer would pair well with a fruity dessert.

Beef dishes like burgers, steak, and roasts are best paired with lighter lagers and pilsners to offset the heaviness of the meal and provide for a clean palate between bites.  This includes Bison & wild game dishes other than fowl. Some great European lagers are excellent with beef like Stella Artois, Beck and Heineken. 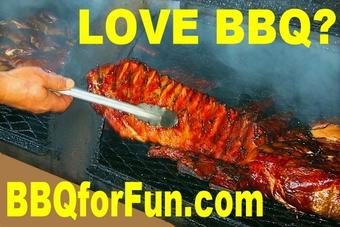 FACT 4: Aromatherapy of beer helps with stress release and relaxation. Have you ever thought how many of our senses celebrate when we decide to consume a cool bottle of beer? Think about pulling the cold bottle from the fridge or over the bar counter, listening to the carbon dioxide that is released while the beer's foam develops, we see the amber color of the beer poured into our glass, we smell the aromatic substances that come from hops and of course we taste the distinct bitter beer taste that is associated with the contained acids and wooden taste of tannins.

Fish dishes demand a delicate beer mate – unless the fish is heavily battered and deep-fried. Fresh fish tastes best with a pilsner or a light lager, as does beer battered fish. Fish and chips, British-style, can accompany brown ale or a heavier lager.

FACT 3: Beer contains almost six times more potassium than sodium and it can be consumed better when combined with salty foods, so as to balance the potassium ions existing in the human body. A tip to protect your body against ethanol, which is the alcohol existing in alcoholic beverages, you should eat an oily type of food and thus decrease the chances of getting drunk with a few zips out of your beer glass. This oily coating that covers the inside of your stomach helps your body delay the absorption the alcohol you consume.

FACT 1: Consider beer's yeast ingredient. Containing important nutritional substances, like a great variety of type B vitamins, the yeast of the beer provides the human organism with many necessary ingredients helping the body maintain the desired balance of the sugar levels existing in the blood. Additionally, since the glucose that the human body does not need immediately is stored in the special body storage rooms, known as fat cells, chromium, the trace element found in the yeast of beer, can reduce the production of additional fat cells and help you maintain your figure. Now know why you can drink beer without feeling guilty.

He was a wise man who invented beer.
- Plato

Beer is living proof that God loves us and wants us to be happy.
-Benjamin Franklin